Nuno Coelho (Univ Coimbra, CEIS20, DEI) is an Oporto-based Portuguese communication designer, artist and curator. He is an Assistant Professor of the Department of Informatics Engineering (DEI) of the Faculty of Sciences and Technology of the University of Coimbra, where he teaches on the undergraduate and master degree courses in Design and Multimedia; and an Integrated Researcher at the Centre for Interdisciplinary Studies (CEIS20) of the University of Coimbra.

As an independent designer, he has worked for individuals and organisations predominantly in Portugal, as well as in other countries, mainly for culture-related clients. He has developed self-initiated research-based projects on the intersection between design and art on social and political issues.

As a design researcher, he is interested in history, material culture, digital humanities, and visual semiotics and representation. He has been working on topics related to identity and memory by exploring the politics of image-making and the archives of historic Portuguese trademarks and institutions. He has curated and coordinated exhibitions and public programs. He has two books published and has edited two others.

His work can be seen at www.nunocoelho.net 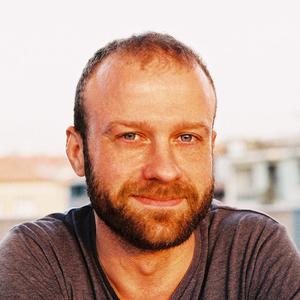