Rui P. Rocha (born 1973) is a tenured Associate Professor at University of Coimbra, Department of Electrical and Computer Engineering (ECE), and a permanent researcher of the Institute of Systems and Robotics – University of Coimbra. His research interests focus on developing multi-robot systems endowed with cooperative perception, decentralized coordination and resilient autonomy, to be applied in service and assistive robotics, disaster response, ecology, industry, and logistics, for the benefit of humanity and sustainability.

He has been involved in several FP6, FP7 and H2020 EU-funded R&D projects developed in consortium, and has been the PI of R&D projects on urban search and rescue robotics, multi-robot patrolling of buildings, and ambient assisted living. He is the co-author of about 90 papers indexed in Scopus, which were published in ISI-indexed scientific journals, book chapters, and proceedings of peer-reviewed international conferences. He has had an intense editorial activity, serving regularly as editor and reviewer in top-journals and top-conferences on Robotics and has also served in the organisation of a few conferences and thematic tracks on Intelligent Robotics. He is currently supervising 2 Ph.D. students and several M.Sc. dissertations, and supervised 2 Ph.D. thesis and 31 M.Sc. dissertations centred in his research interests. He has taught different subjects on ECE, including mobile robotics, algorithms and data structures, software engineering, electronics, and digital systems and microprocessors.

He is a Senior Member of IEEE and a Member of the IEEE RAS Technical Committee on Multi-Robot Systems. He received the pre-Bologna Engineering, M.Sc., and Ph.D. degrees in ECE from Faculty of Engineering of University of Porto in 1996, 1999 and 2006, respectively. Before joining the University of Coimbra in 2000, he had begun his academic career as a junior teaching assistant at University of Minho, Department of Informatics, where he taught digital systems and microelectronics between Nov. 1998 and Feb. 2000. He began his career as an electrical engineer in the Automation and Robotics division of the EFACEC company, where he worked between Oct. 1996 and Jan. 2000 in the development of automated material handling devices based on automated guided vehicles, and participated in the design of such systems for important customers, such as Bank of China in Hong Kong and Repsol YPF refinery in Argentina. 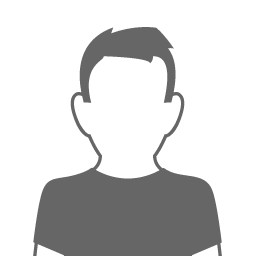