Rui Pereira Dias is Professor at the Faculty of Law of the University of Coimbra, in Portugal, where he presented his first thesis on Substantive and Conflict-of-Laws Aspects of Shareholders’ Liability for Harmful Influence Exercised upon Directors of Publicly Held Companies, published in 2007.

He has also been a Visiting Professor at the University of Porto, where he graduated first in his class, and held post-graduate courses and conferences in South Africa, Angola, Brazil, Spain, Portugal, and Germany. He is now (since 2018) a Visiting Professor of the Law School at the University of Minho (in Braga, Portugal). He published in Portuguese, Spanish, Brazilian, South-African, and German law reviews in the fields of Private International Law, International Litigation and Arbitration, and Company Law.

Rui studied in Porto, Heidelberg, Coimbra, and New York, in addition to having benefited from fellowships of the Max-Planck-Society and of Santander for research stays in Hamburg (Germany) and São Paulo (Brazil), respectively. He holds an LL.M. ('11) by the New York University School of Law (on International Business Regulation, Litigation and Arbitration), where he studied with a Fulbright scholarship.

Rui was Editorial Secretary (2009-2017) and is Executive Editor (Redator-Delegado, since 2017) of the Portuguese Company Law Review (DSR), and also a member of the team of authors responsible for the ongoing (2010- ) seven-volume project of a Commentary of the Portuguese Companies Act (Código das Sociedades Comerciais em Comentário, IDET/Almedina), now in the course of publication of its 2ndeditions, where he is in charge, among others, of the comments on the rules on Financial Reporting and on International Company Law, including Groups of Companies.

In 2017 he became co-editor of the blog Conflict of Laws (www.conflictoflaws.net).

Rui is also actively involved in issues of Corporate Governance: in 2018 he has been appointed Executive Director of the newly created Monitoring Executive Committee in charge of accompanying and analysing compliance by Portuguese listed companies, with the recently approved Corporate Governance Code (2018).

Since 2013, he is a Vice-President of the Deutsch-Lusitanische Juristenvereinigung e.V., the Portuguese-German Lawyers Association. In 2018, he became a member of the Deutsche Gesellschaft für Internationales Recht, the German Society for International Law.

Rui is admitted to practice in Portugal and has acted as independent legal consultant in complex commercial transactions and litigation, having also been officially nominated by German courts to provide expertise on the applicable Portuguese law.

He has been appointed as arbitrator, and he has co-edited and co-authored the first handbook focused on the law and practice of international arbitration in Lusophone countries, namely Angola, Brazil, Mozambique and Portugal, published by Almedina in 2020. 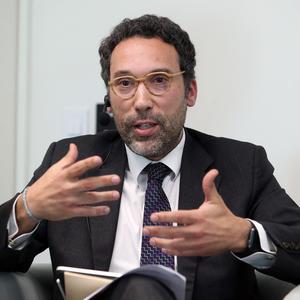