Manuel Portela is Full Professor in the Department of Languages, Literatures and Cultures, School of Arts and Humanities, University of Coimbra. He holds a PhD in English Culture (2001) and Habilitation [Agregação] in English Literature (2010). He was an FCT post-doctoral scholar at the Institute for Advanced Technology in the Humanities (IATH), University of Virginia (2008), and an FCT visiting scholar at the English Department, University of Maryland (2016). He has taught in several undergraduate - Modern Languages, Art Studies, Information Science - and graduate programs - MA in Studies of Culture, Literature and Modern Languages (English and American Studies), MA in Creative Writing, PhD Program in Information Science, and FCT PhD Program in Materialities of Literature, which he coordinates. He was Director of the University Theatre (TAGV) between 2005 and 2008. He is a researcher at the Centre for Portuguese Literature at the University of Coimbra, where he coordinates the "Digital Mediation and Materialities of Literature" research group (2014-2022). He was Chair of the Department of Languages, Literatures and Cultures (2019-2021), and served as a member of the General Council of the University of Coimbra (2016-2020).

He collaborated in the research project "PO-EX ’70-’80: A Digital Archive of Portuguese Experimental Literature" (CECLICO, University Fernando Pessoa, 2010-2013), and was principal investigator in the project "No Problem Has a Solution: A Digital Archive of the Book of Disquiet" (CLP, University of Coimbra, 2012-2015). He participated in the following international projects: The Reception of British and Irish Authors in Europe (volumes on Laurence Sterne, 2004, and on Jane Austen, 2007; British Academy, and Arts and Humanities Research Council); Consortium on Electronic Literature (CELL, 2013-2015); Network for Digital Humanities Methods in the Arts and Humanities (NeDiMAH, 2015); PERFORMA. El teatro fuera del teatro. Performatividades contemporáneas en la era digital (FFI2015-63746-P) (2016-2019), and Translating Electronic Literature: A Transatlantic Program in Collaborative Digital Humanities (2017-2018).

He is the author of three scholarly books: Literary Simulation and the Digital Humanities: Reading, Editing, Writing (Bloomsbury, 2022), Scripting Reading Motions: The Codex and the Computer as Self-Reflexive Machines (MIT Press, 2013), O Comércio da Literatura: Mercado e Representação [The Commerce of Literature; Marketplace and Representation] (Lisbon: Antígona, 2003), a study of the English literary market in the 18th century. His research articles have appeared in more than 20 international journals and books (Spain, France, Italy, Netherlands, Germany, Greece, UK, USA, Canada, Brazil, Colombia), including publishers such as Oxford University Press, MIT Press, Bloomsbury Academic, Michigan University Press, Brown University Press, Indiana University Press, John Benjamins, and the Alliance of Digital Humanities Organizations. He is the coordinator, with António Rito Silva, of the LdoD Archive: Collaborative Digital Archive of the Book of Disquiet (CLP, 2017), and the general editor of the journal MATLIT: Materialidades da Literatura, founded in 2013. He has also curated several exhibitions of experimental writing, including (with Américo Rodrigues and José Alberto Ferreira) VisoVox: Visual and Sound Poetry (Fundação Eugénio de Almeida, Évora, July 14-September 30, 2018). He has translated many English-language authors, including works by Laurence Sterne, William Blake, and Samuel Beckett. In 1998 he received the National Award for Literary Translation for the Portuguese translation of The Life and Opinions of Tristram Shandy (2 vols., 1997-98; 2nd ed. 2014). In 2019 he was awarded the "FLUC Teaching Prize" by the School of Arts and Humanities in recognition for the quality of his pedagogical practice. 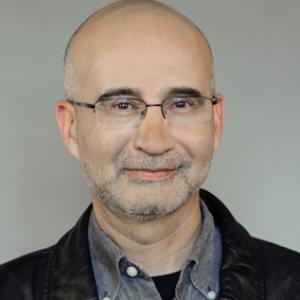