I am a music theorist and hold a Ph.D. in the History and Theory of Music from the University of Chicago. Currently, I am Professor Auxiliar of Musicology/Artistic Studies at FLUC – Faculdade de Letras da Universidade de Coimbra, and Director (Coordenador Científico)  of CEIS20 – Centro de Estudos Interdisciplinares do Século Vinte/UC. Previously, I have been FCT-Principal Researcher (eq. Professor Associado) and Vice-director of CITAR– Research Center for Science and Technology of the Arts at the Catholic University of Portugal, and Assistant Professor (Professor Auxiliar) at the Eastman School of Music of the University of Rochester and at the University of Iowa. I was also a research fellow at Princeton University.

My research interests include the modelling of formalized systems of musical modernity (scale theory, modulation theory, and transformational theory), analytical readings of post-tonal music of  composers in the so-called scalar tradition such as Béla Bartók, Igor Stravinsky, Maurice Ravel, Darius Milhaud, Fernando Lopes-Graça, Manuel de Falla, Witold Lutoslawski, and György Kurtág, among others. More recently, I started to explore the creation-embodiment-significance nexus of oral traditions, such as the Portuguese-guitar concert music, centered on the music of Carlos Paredes.

My work has received a number of recognitions, including the Musurgia Prize for Music Analysis (2019) for an article on the theoretical modelling of the twentieth-century polytonal practice from the Société Française d'Analyse Musicale (international competition commemorating the 25th anniversary of the journal), the Patricia Carpenter Emerging Scholar award (2006) for an article on Stravinsky's discursive discontinuitties from the Music Theory Society of New York State, and the Arthur J. Komar Scholar award (2004) and a Honorable mention (2003) for work on the modelling of polymodality in the music of Bártok from the Music Theory Midwest Society. I have also been a research fellow at John Clough Memorial Symposia (University of Chicago and Yale University) and the Mannes Institute for Advanced Studies in Music Theory (Yale University).

Principal-researcher for a number of North-American and FCT (PT) financed projects.

Founder and permanent committee: The European Network for Theory and Analysis of Music. 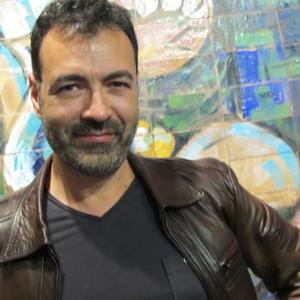