Miguel R. Oliveira Panão graduated in Mechanical Engineering by the Instituto Superior Técnico, Technical University of Lisbon in 2002 and completed a PhD degree in Mechanical Engineering by the same institution in 2008. In that year, M. Oliveira Panão received the award for best young researcher in Mechanical Engineering at the Technical University of Lisboa, based on the publication rate and impact factor. In fact, since the PhD started, he has published 25 papers in engineering international peer-review journals, from which 17 were published as a senior (corresponding) author, and 3 of those were published independently from his PhD supervisor. According to ResearcherID, his h-index is 8 (excluding self-citations) with a sum of 272 citations (Mar, 2015). From the papers published as senior author, the one on Intermittent Spray Cooling is the result of a National Patent (PT103783), and the paper published in Measurement Science and Technology has been chosen as one of the highlights in 2012. In 2011, a chapter on spray-wall impact has been published through invitation for the Handbook of Atomization and Sprays. In 2009, he received funding for pursuing his first postdoc and in 2010 received funding as Principal Investigator of a FCT project (PTDC/EME/MFE/099040/2008) dedicated to the advancement of innovative atomization strategies. In his graduation and during his PhD, he initiated and developed a researcher career through several national projects investigating: particle-fluid correlations in two-phase flows with non-homogeneous turbulence (POCTI/EME/38082/2001); dynamic behaviour of cryogen spray cooling (POCI/EME/57944/2004); and development of advanced intermittent spray cooling systems (PTDC/EME-MFE/69459/2006). Moreover, he participated in two European projects dedicated to technological advancements for improving the performance in internal combustion engines (DIME-ENK6-2000-00101 and MinKnock-ENK6-CT-2002-00643). In 2010, he has been invited as a consultant for environmental ethics in a Grundtvig Learning Partnership International Project (2010-1-DE2-GRU06-04723) entitled ECONA: Eco-Navigation, Basics and Practice of Sustainable Living, Building Bridges between Knowledge and Action to Qualify Voluntary Disseminators. He also co-organized an international conference on liquid atomization and spray systems (24th ILASS, Estoril, Portugal) and is part of the scientific advisory committee for the renowned International Symposium on the Application of Laser Techniques to Fluid Mechanics. In academics, M. Oliveira Panão has co-supervised 4 MSc students, lectured one semester of Linear Algebra at the Faculty of Engineering of the Portuguese Catholic University (2008/2009), and two semesters of Thermodynamics at Instituto Superior Técnico (2011/2012, 2012/2013), for which he was awarded in 2013 with a diploma for pedagogical excellence. He is also a reviewer for 11 international peer-review journals in the fields of fluid mechanics, heat transfer and energy. And he has been part of the scientific committee that evaluates scientific projects for the Romanian Science Foundation and Romanian Space Agency since 2011. Since February 2014, he is Assistant Professor at the Faculty of Science and Technology of the University of Coimbra. 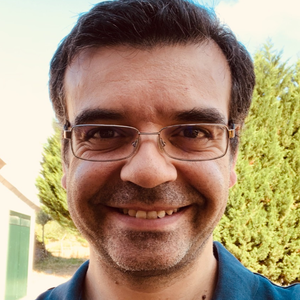