Jorge Sá Silva received his PhD in Informatics Engineering in 2001 from the University of Coimbra, where is Associate Professor with Habilitation at the Department of Electrical and Computer Engineering (DEEC) of the Faculty of Sciences and Technology of the University of Coimbra and a Researcher of Institute for Systems Engineering and Computers at Coimbra (INESC Coimbra) , Portugal. His main research interests are Internet of Things, Network Protocols, Machine to Machine, and Wireless Sensor Networks. He has been serving as a reviewer and publishing in top conferences and journals in his expertise areas. His publications include 2 books, 5 book chapters and over 170 papers in refereed national and international conferences and magazines. He participated in European initiatives and projects such as FP5 E-NET, FP6 NoE E-NEXT, FP6 IP EuQoS, FP6 IP WEIRD and FP7 Ginseng (as Portuguese Leader).  He actively participated in the organization of several international conferences and workshops, (e.g. he was the Workshop Chair of IFIP Networking2006, Publicity Chair of EWSN2009, General Co-Chair of EWSN2010, General Co-Chair of Mobiquitous2015, General Vice-Chair of WoWMoM2016) and he was also involved in program committees of national and international conferences. He is a senior member of IEEE, and he is a licensed Professional Engineer. 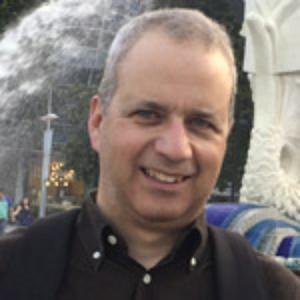