Luca Antonio Dimuccio was born in 1971 (Putignano - Italy). He finished his 5 years degree in geology in 1998 at the University of Bari (Italy) with a final thesis on karst and palaeokarst geology/geomorphology of the Cantanhede Plateau (western-central Portugal), with a final mark of 100/110 (equivalent to 18/20 in Portugal, pre-Bologna degree). In those years, he also worked in the fields of sedimentology, geomorphology, mineralogy and hydrogeology in southern Italy and central Portugal. He spent one year of scholarship (1995) at the University of Coimbra (Portugal).

Currently, Luca A. Dimuccio is Assistant Professor in the Department of Geography and Tourism of the Coimbra University (Portugal) and researcher of the CEGOT (Centre of Studies on Geography and Spatial Planning - Universities of Coimbra, Porto and Minho, Portugal), as well as Vice-president of the Portuguese Association of Geomorphologists (APGeom).

His research focuses karst and fluvial geomorphology, carbonate geology and geoarchaeology, mainly in Portugal, Italy and France. Luca A. Dimuccio is particularly interested in (palaeo-)karst inception and evolution since Jurassic times, namely controlled by carbonate sedimentology/stratigraphy.

From the geomorphological and geoarchaeological point of view his research focus on the Quaternary record, particularly on the Middle-to-Upper Palaeolithic transition, even if he may work on open-air and cave/rock-shelter sites of any chronology and context. His research focus on the study of site formation processes, speleogenesis and palaeoclimate, as well as on the relationships between humans and environment.

Others works focus also the use of geographic information sciences techniques and tools applied to environmental study and territory management (GIS and artificial neural networks to model environmental susceptibility, such as landslides, floods, groundwater pollution and forest fires). 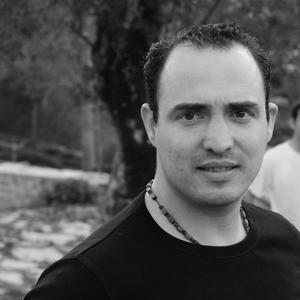