Hélder David Silva Craveiro. Completed the PhD in Fire Safety Engineering (Doutoramento em Engenharia de Segurança ao Incêndio) in 2016/01/13 by Universidade de Coimbra Faculdade de Ciencias e Tecnologia and Integrated Master in Civil Engineering (Mestrado Integrado em Engenharia Civil) in 2011 by Universidade de Coimbra Faculdade de Ciencias e Tecnologia. Since January 2019 he is working as a Researcher at the University of Coimbra. In 2020, was funded by the Portuguese Foundation for Science and Technology in the scope 3rd Edition of the Individual Call to Scientific Employment Stimulus. Published 22 articles in journals. Has 1 section(s) of books. Organized 5 event(s). Currently, he is the Supervisor of 4 PhD thesis(es). Supervised, co-supervised 12 MSc dissertations. Participates and/or participated as Pos-doctoral Research Fellow in 1 project(s), Principal investigator in 2 project(s), Research Fellow in 1 project(s), Researcher in 6 project(s) and Scientific Initiation Fellow in 1 project(s). In 2018 he was awarded a Start Grant within the framework of a research project CentroAdapt. Since July 2018 he is the Principal Investigator of the national project INNOCFSCONC - Innovative Hybrid Structural Solutions using Cold-Formed Steel and Lightweight Concrete, with reference POCI-01-0145-FEDER-031858, funded by the Portuguese Foundation for Science and Technology and since January 2020 he is the Principal Investigator of the national project WUIFireSafer - Safety Enhancement and Resilience of Wildland-Urban Interface Areas against Fire, with reference PCIF/AGT/0062/2018. The total funding obtained was 529.806,85 ¿ In parallel, he has been lecturing at the University of Coimbra in the Master and Doctoral Programme in Steel and Composite Construction as a part-time Invited Lecturer in the second semester of the academic year 2015/2016, in the academic year 2017/2018 and in the first semester of the academic year of 2018/2019. In February 2019 he lectured Design of Steel Structures II, in the scope of the Bachelor course of Construction Engineering at the Hame University of Applied Sciences in Finland. Works in the area(s) of Engineering and Technology with emphasis on Civil Engineering. He also cooperates in the reviewing process for Thin-Walled Structures, Engineering Structures, Journal of Constructional Steel Research and Advances in Structural Engineering. In his curriculum Ciência Vitae the most frequent terms in the context of scientific, technological and artistic-cultural output are cold-formed steel; lightweight concrete; fire; hybrid structures; plug-and-play joints; steel structures; structural stability; plug-and-play joints; fire; modular construction; prefabrication; industrialization; sustainability; circular economy; design for disassembly and reuse. As part of his intervention in the scientific community and involvement with the industry, he has participated as a member of the organizing committee of some scientific and transfer of knowledge events, all of which are closely related to the topic of Fire Safety Engineering and behaviour of structures in fire. Simultaneously, he has cooperated regularly in consultancy works, research and development and transfer of knowledge in the framework of the research unit ISISE and the fire laboratory of the University of Coimbra, FireLab_UC. It is worth mentioning the consultancy/research work in partnership with CERN, where he has been coordinating and executing the established work plan. 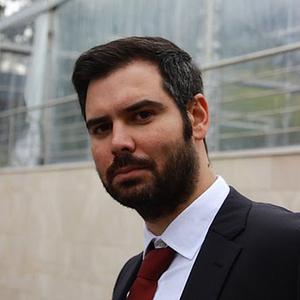