Jorge Manuel Miranda Dias (born 1960) is a  Full Professor at University of Coimbra (www.uc.pt) with academic activities in the Department of Electrical Engineering and Computers and with research activities at the Institute of Systems and Robotics , (ISR-UC) (www.isr.uc.pt).

He has na Habilitation degree (“Agregação”) and a PhD degree on Electrical Engineering by the University of Coimbra with specialization in Control and Instrumentation.

Jorge Dias was been principal investigator on international research projects financed by the European Commission through the EU FP6, FP7 and H2020 framework. National projects have been supported by Portuguese Ministry of Education and Science  through Fundação para Ciência e Tecnologia. 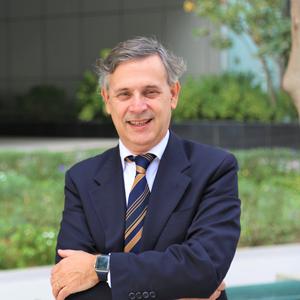